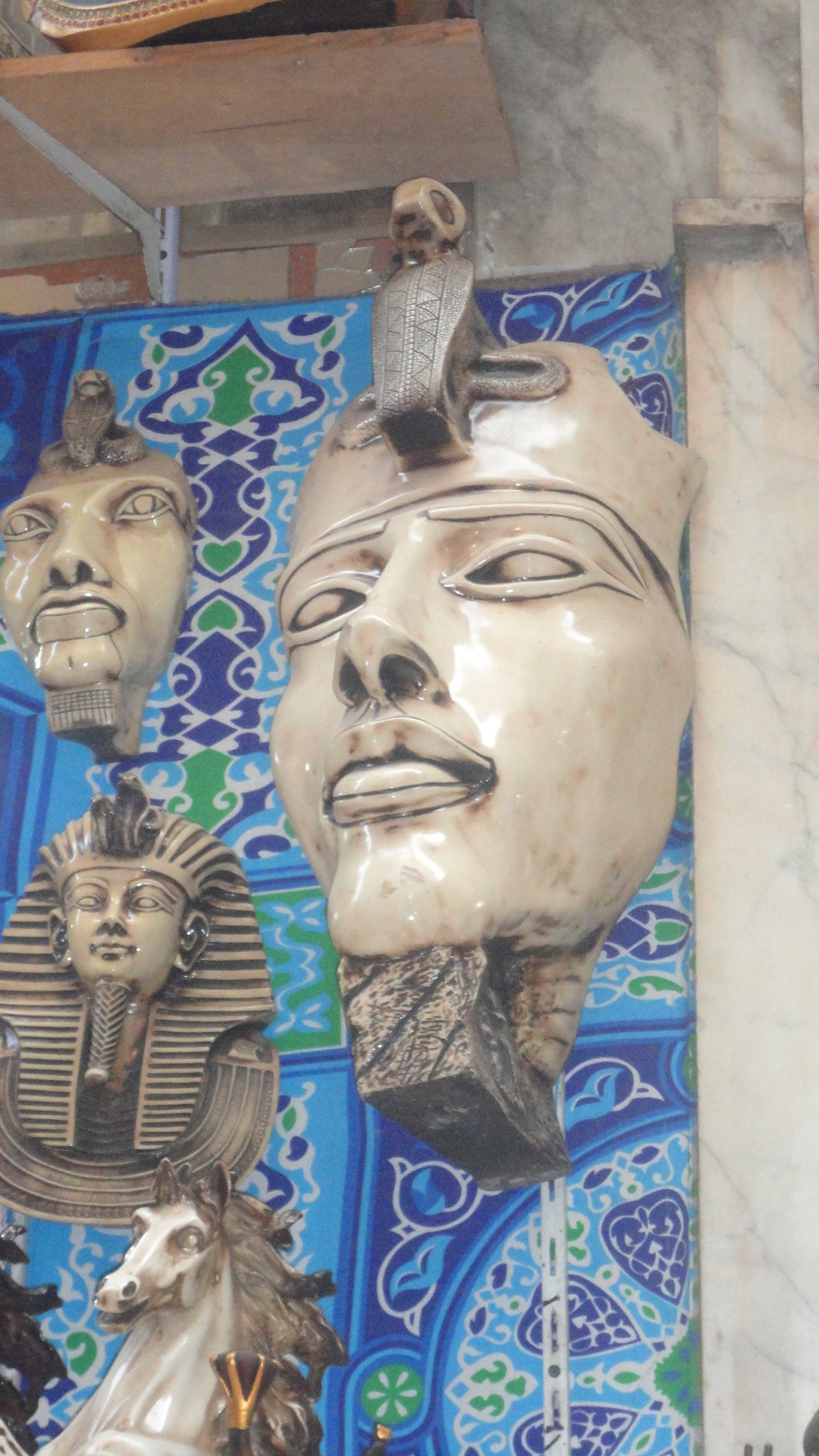 Cairo is a city where the modern and the ancient rub shoulders in a medley of mystique and mayhem.
Photo credit: Gunjan Pant Pande

Intrepid globetrotter or a back-packing budget tourist. Adventure junkie or an archaeology buff. It’s on every traveller’s bucket list. Right up there with the Great Wall of China, the Colosseum and the Louvre. Almost as exotic and unique as Vatican’s Sistine Chapel, no less of a magical journey than the Bora Bora. Guys we are talking of an expedition back in time, which brings you face to face with events that happened 5000 years ago! Welcome to Al-Qahira: The Victorious, home to the mighty Pyramids of Giza. A city where the modern and the ancient rub shoulders in a medley of mystique and mayhem. 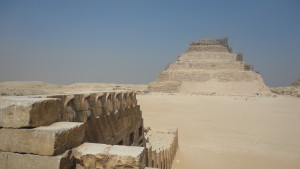 Colloquially known as al-Ahram, the three magnificent pyramids of Khufu, Khafre and Menkaure along with the enigmatic Sphinx or the Abu al-Hol continue to baffle experts, with one group even believing it to be the work of aliens. Such is the architectural and astronomical precision of the ancient structures. A day trip to the Giza, complete with camel rides, totem shopping, a visit to the solar museum and a climb into the interior chamber of the great pyramid (not for the faint hearted I warn you) is one way of soaking in the ambience. Another option, however, is the mind blowing Light and Sound Show in the evening that magically brings the whole arena alive, sending chills down your spine by the end of the story-telling session.

Next on the agenda is the Egyptian Museum or the Mathaf al-Masri. It houses Egypt’s finest treasures including the royal tomb of the boy-king Tutankhamun made of pure gold. Among other artefacts are lifesize statues, ancient jewellery, paintings, giant funeral masks and the famous mummies, including those of animals and birds dating back 3000 years.

This is just the beginning. Cairo’s archaeological and architectural treasure trove interspersed liberally with Islamic, Coptic, Nubian, Mamluk, Ptolemaic, Victorian, Ottoman-Turkish and Gothic lyricism offers you a journey of discovery that winds its way past ancient mosques to medieval souks via synagogues and museums, through the sands of time.

A trip to Cairo is therefore incomplete without exploring its Islamic and Coptic quarters, in particular, the Sharia al-Muizz li-Din Allah, the Mosque-Madrassa of Sultan Hassan and the Al-Azhar park. The Coptic museums in Old Cairo and the Rifa’i Mosque, which has the tomb of the last Shah of Iran, as also the textile museum and the Barquq Mosque are also highly recommended. The famous tent-makers bazaar outside Bab Zuweila and from there a leisurely walk to the Islamic art museum at Bab Khalq as also the Gayer Anderson Museum, near the Mosque of Ibn Tulun, add to the incredible experience. 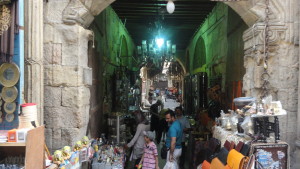 This brings us to the souk of all souks: the Khan al-Khalili. A souvenir shoppers’ heaven, the Khan is choc-a-bloc with shops selling everything from intricate woodwork, ceramic craft, stone carvings, and metalware to ivory, beads, spices, totems, scented oils and medieval coins. And once there, how can you resist getting a cartouche with your name in exotic Hieroglyphics! Had your fill for the day? Go on and enjoy the Sufi whirling dervish nearby and a drink at Fishawi’s Coffee House.

If you have the time, a trip to Mokkkatam: the garbage city and the APE recycling centre run by the women of the community is an eye-opener. Along the way, make sure to explore the gorgeous Citadel, with the grand Muhammad Ali Mosque to finally end up at the Cairo Tower or Al-Borg. Designed like a tall lotus, it gives a breathtaking view of the entire city. 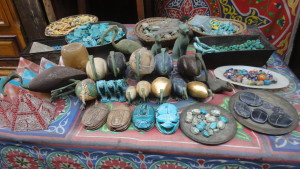 Popular destinations around Cairo include the Step Pyramids at Saqquraa and Dahshur’s Red Pyramid, Red Sea beaches at Ain Soukhna and Memphis. The Fayoum whale bones tour is also a huge favourite as is horse riding through a typical Egyptian village at the Al Sorat Farm close to Saqqura. In fact the Saqqura Country Club offers attractive dune bashing, camel riding, sand surfing and quard-biking opportunities too.

Cairenes, on the other hand, love the Fayoum waterfalls and the cold springs of the Siwa Oasis along with Fagnoon and the weekend felucca ride on the Nile. An equally interesting option is a night cruise on the Nile, offering authentic Egyptian smorgasboard to the beat of some exotic belly dancing. 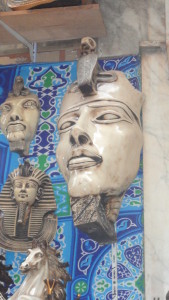 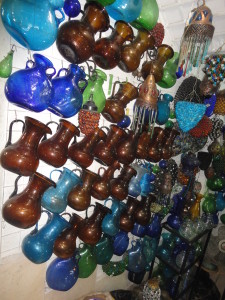 Ever since the revolution though, the Maydan al-Tahrir (Liberation Square) has become a must-see, as has the newly introduced graffiti tour. Besides these, the Nilometer, built in AD 861, the beautifully restored Ben Ezra Synagogue and the Hanging Church are also worth a look.

Shopaholics can unwind at the sprawling City Stars in Heliopolis, which also boasts of Khan-like replicas in air conditioned splendour, along with restaurants offering global cuisine as also shops with several leading brands of clothes and accessories. And depending on the time of the year, you could even be part of one of the many cultural festivals like the Great Feast and the film, theatre, music and dance festivals as well as the 100 km Pharaonic Race or the Pharaoh’s Rally or a golfing tour or camping in the Waadi or a bird watching adventure and deep sea fishing and water sports. There is something for everyone here. Take your pick.

Celebrated author Hugh Miles’ sums up the Cairo euphoria rather well in his book Playing Cards in Cairo when he says:

For the tourist in Cairo…the halycon days of the pharaohs and polo clubs have never stopped… Leaving behind their suburban lives for a few weeks, they step off the plane in costume…. 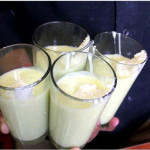 A sweet and savoury trip to Jodhpur