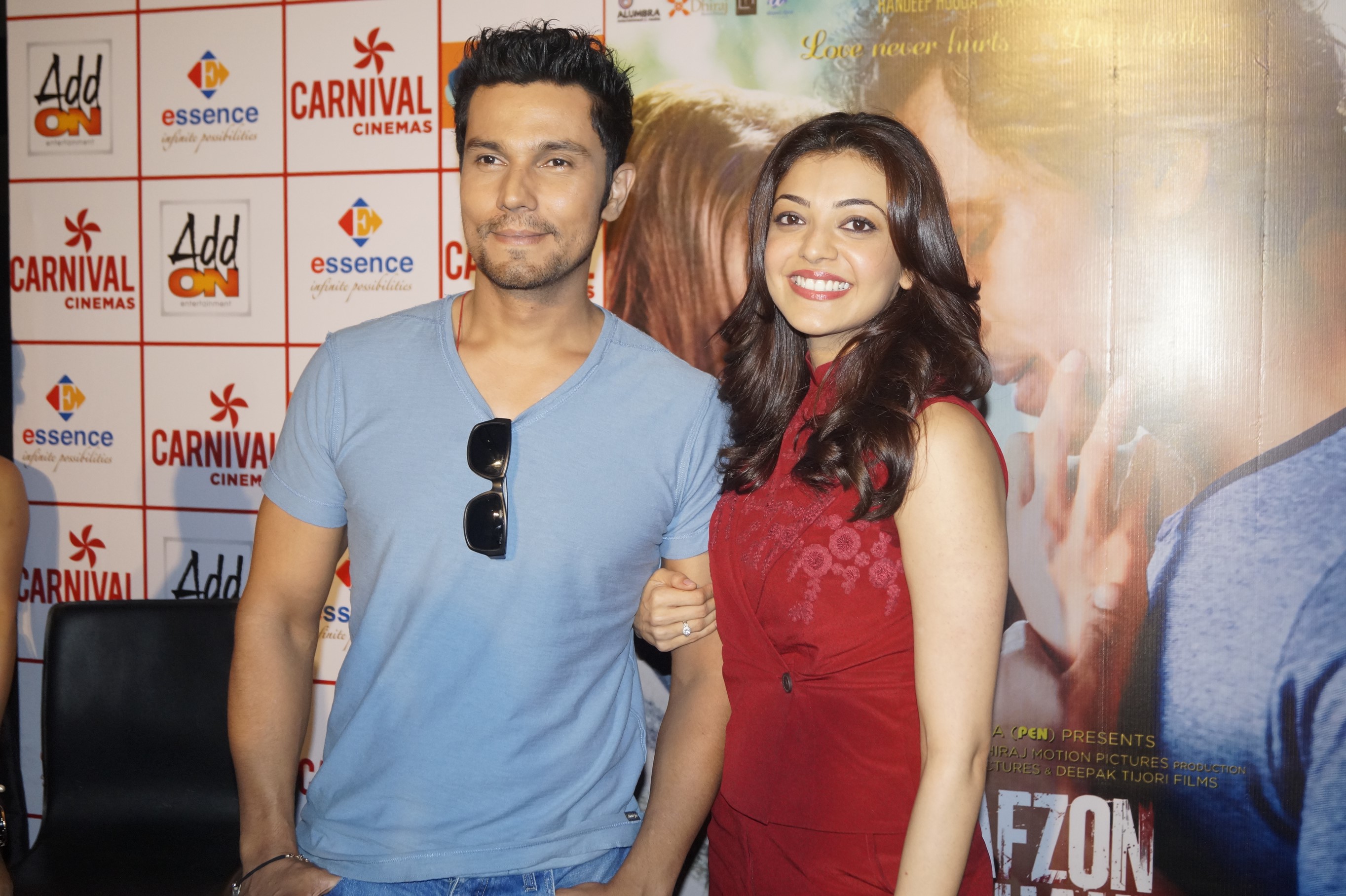 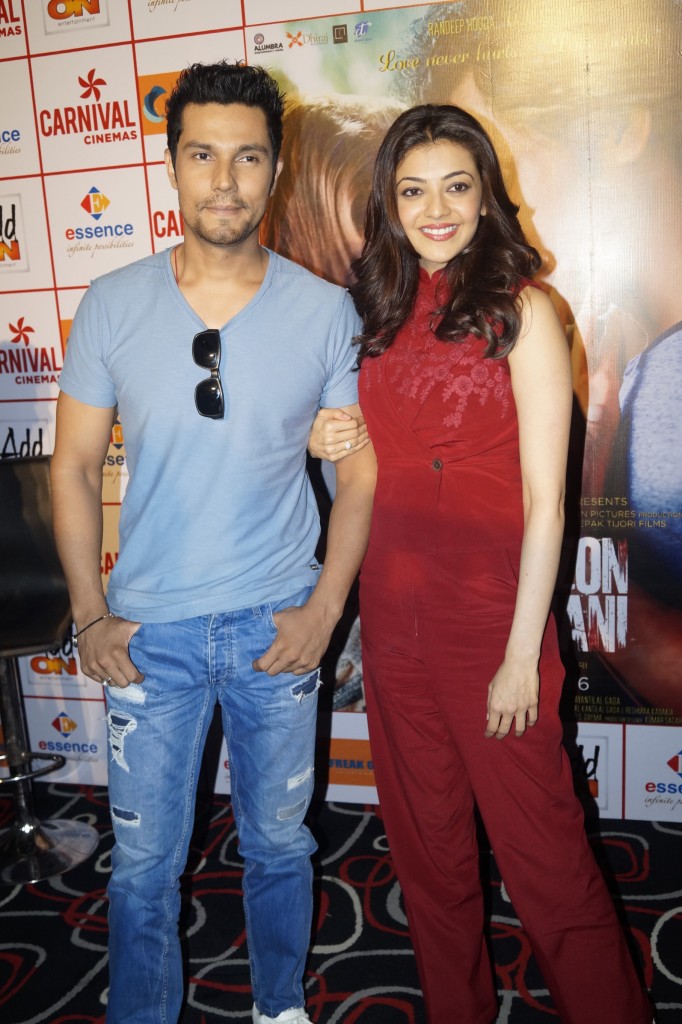 Randeep Hooda and Kajal Aggarwal at a press conference in New Delhi.

After garnering praise for his acting skills in Sarabjit and Laal Rang, actor Randeep Hooda will be showing his martial arts skill in his next film, a love story opposite Kajal Aggarwal. Both the stars were in Delhi at a press conference to promote their film.

Do Lafzon Ki Kahani is based on Always, a Korean film. It revolves around a martial arts expert who quits fighting and later falls in love with a blind girl. The film has some very good music.

The film was in the news recently when the censor board brought its scissors down on not just a few words but also the 18 second long kiss between Randeep and Kajal. It has been shortened to 9 seconds.

“I understood ‘No Pain No gain’ literally while shooting for this film. I hurt myself a lot during the shoot of the film,” said Randeep during the press conference in Delhi.

Kajal Aggarwal, when asked how she pulled off a blind character so well said, “I read a lot of books and watched videos. I met blind people and realised how important eyes are for a person. I used to get headaches because it’s not at all easy to portray a blind character. In fact Randeep and I were so touched that we have decided to donate our eyes.”
“My character in the film is not born blind but loses her eyesight after an incident,” she added.

Randeep said his character in the film has so far been the most shy and reserved of all the roles he has done.

Helmed by Deepak Tijori the film is produced under the banner of Pen India Limited.