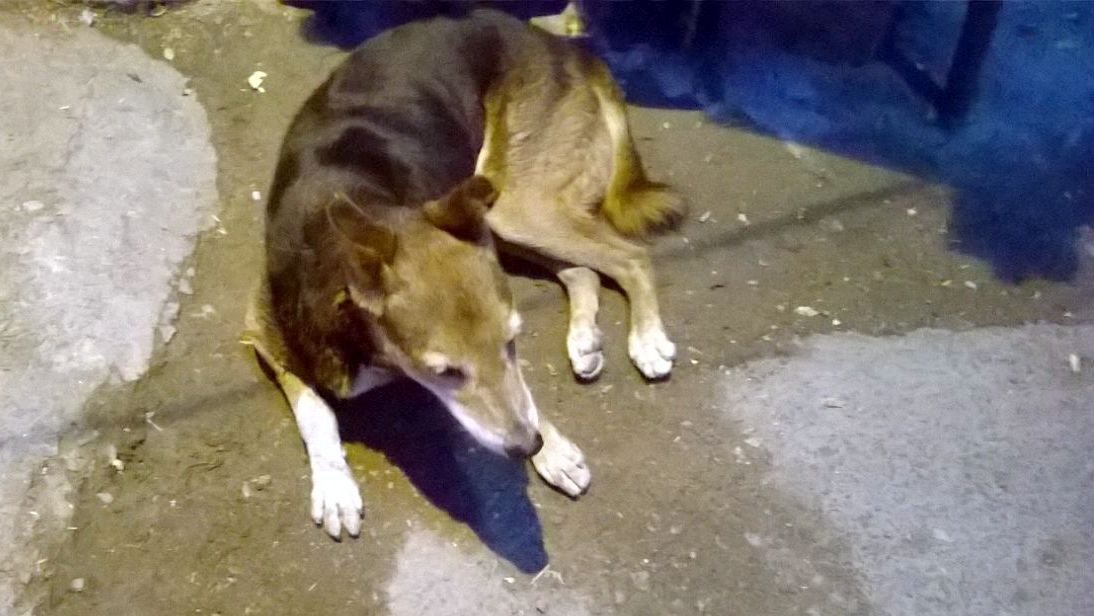 Three weeks ago, we lost one of the stray dogs that lived in our lane. A car backed into her and because she had grown old and slow, she couldn’t move away fast enough. She got hit in the head. My daughter and I took her to Friendicoes but nothing could be done to save her.

She came to us 13 years ago when she followed our lane guard from somewhere else in the colony. The guard, Raghu, took a liking to her and she began to keep him company on his nightly security walks. He called her Ramkali but she was Brownie for my daughter and niece because of the dirty brown colour of her coat.

Brownie was not a good looking dog and because of that people always thought she was ferocious. But I have yet to see a gentler dog than her. Her looks completely belied her demeanour.

She came running whenever we walked out of our gate and on Diwali, when the children in our lane would burst firecrackers, she would cower in our veranda to hide from the sound and bright lights. She would come to our house to play Holi and get a smear of colour on her forehead from my daughter.

And the day we had guests, which was quite often, she would be outside our door once the guests had left. Because she knew I always kept the leftover bones from the meal for her.

She would follow us as far as she could without encroaching on the territory of other strays. Every morning she would follow my daughter to where her school bus picked her up and wait till she boarded before returning.

Then, she found a young friend who showed up about two years after she had appeared. He wandered in from another lane and decided to stay. Kadu, as we called him and Brownie became inseparable.

Both these dogs were picked up, along with some other strays, by the municipal corporation for sterilisation. A few years after they were returned, the municipal van came again to take the next batch of strays. While the rest of the strays were nowhere to be found, our Brownie walked up to the van, sniffed around and sat right next to it as though to say, “Been there done that. So I have nothing to be scared of.” Even the corporation guys who were looking for the non-sterilised strays couldn’t help but laugh.

Brownie was the prima donna of the lane; she never allowed a new dog to enter. If one did, she created a shindy and Kadu did the rest by chasing the dog away.

Once, she was run over by a car. We got her leg fixed and she learnt to walk despite the barely healed leg. She never let her pain get in the way of walking to us and rubbing herself against our legs even when we tried to stop her. It reached the point that if we saw her sitting at the end of the lane, we would walk up to her so that she didn’t have to move.

The two major loves of her life were Kadu and a juicewala who sells juice near where she would sit. Both the dogs would listen to everything he said. And he took care of them like they were his own – from feeding them to bathing them. In fact, he came with us to the hospital on that fateful day and on his return was already planning how to make Ramkali’s return from the hospital comfortable. Her last drive in the car was a quiet affair. She must have been in tremendous pain but she never made a sound. Perhaps she was comfortable in the fact that she was travelling with three people she trusted.

It has been three weeks since Brownie’s been gone and we already have three new strays in the lane – something that was unthinkable when she was around. Kadu looks and sounds lonely and just isn’t bothered by the other strays encroaching on his territory. In fact, one of them is as gentle as Brownie. But Kadu just ignores the whole lot. Sometimes, he goes to sniff around the area where Brownie used to sit and lies down and sleeps. 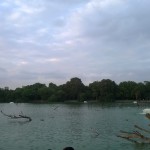 A lake in our backyard