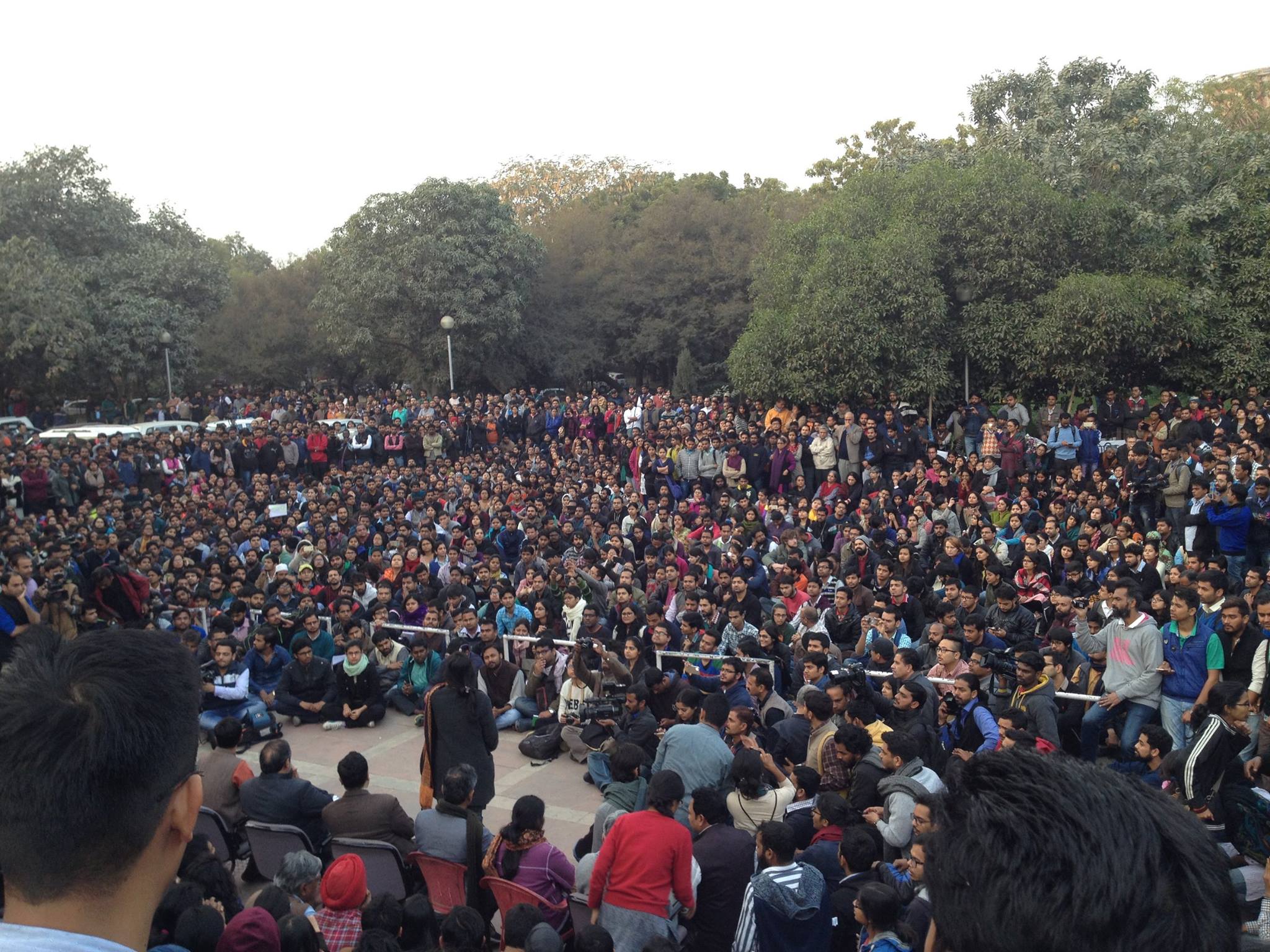 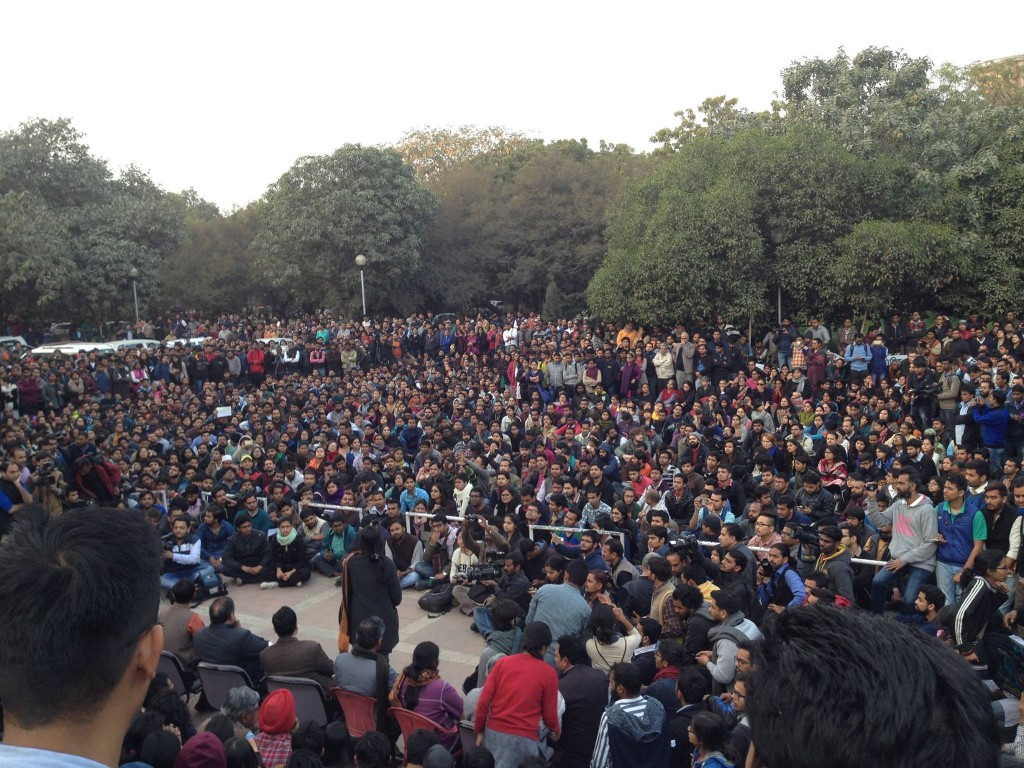 A meeting of the students in the JNU campus.
Photo credit: Release JNUSU president Facebook page

Is JNU or the people associated with JNU anti-national?

I have asked myself this question several times and have failed to arrive at a conclusion. On February 9, 2016, an event was to be held to commemorate Afzal Guru, who was convicted and hanged in the December 13, 2001 attack on the Indian Parliament. The Democratic Students Union (DSU) at JNU did take permission from the newly installed chairperson Jagadeesh Kumar. He cancelled the permission half an hour before the event, in response to ABVP’s petition. Therefore the meeting was held in a local dhaba, which meant an informal gathering of people discussing politics over a cup of coffee. The problem began when alleged anti-India sloganeering took place. There is no evidence as of now that the DSU or JNUSU president Kanhaiya Kumar in particular was part of this sloganeering. Kanhaiya Kumar’s speech, which is all over the Internet, is similar to speeches made by student leaders from all over the world. So one can perhaps accuse him of plagiarism but sedition, I don’t think so. 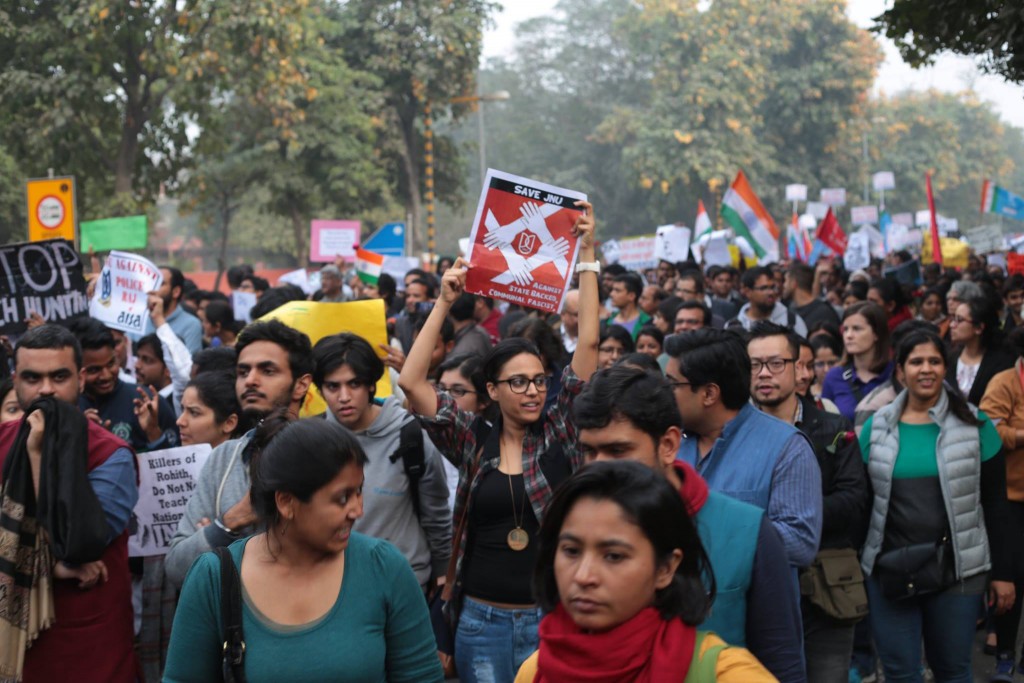 The HRD Minister Smriti Irani said, “The nation will never tolerate insult to mother India.” Home Minister Rajnath Singh said, “The JNU incident has received support from Hafiz Saeed. This is a truth that the nation needs to understand.” The irony here is that while Kanhaiya Kumar gets arrested for sedition and also gets beaten up by a bunch of lawyers in Patiala House while being taken to Tihar Jail, the Delhi Police are yet to identify the people who had actually raised the slogans. Also curiously the group of lawyers who had beaten Kanhaiya were arrested and then let out on bail. Is this justice? Is this what our nation is succumbing to now? Violence?

To quote senior India analyst and journalist Surjit S. Bhalla, “Students or anybody else for that matter, should be allowed to pontificate what they want, as long as there is no crime involved and mere words do not constitute a crime.” Therefore “universities should be safe havens where … examination of realities will not be … inhibited by the risk of displeasure.” 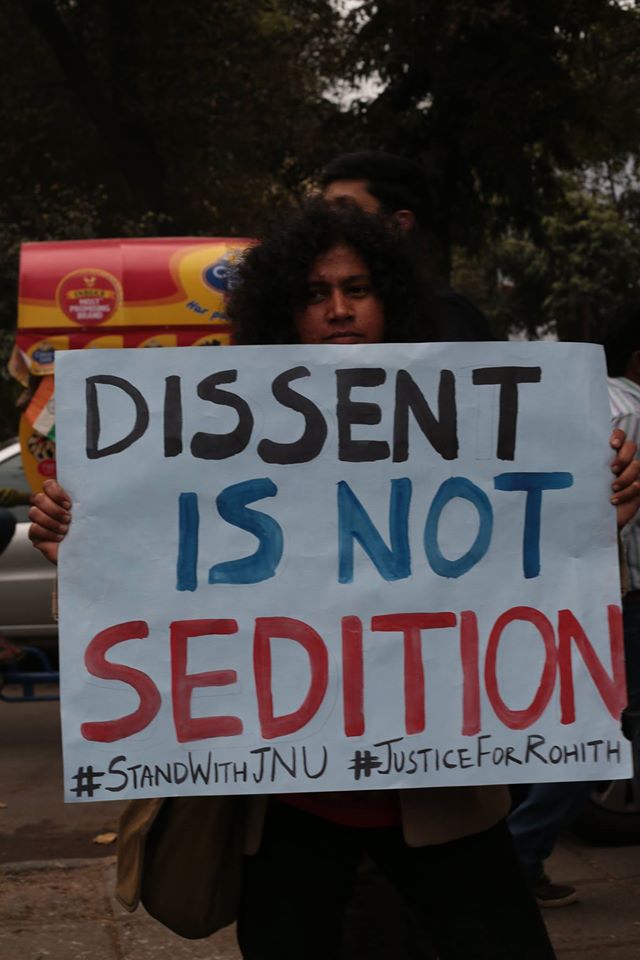 After hearing and reading all that is being said about and done in JNU, I felt that I had to voice my opinion. I could not but write something about my alma mater. So how has this institution mattered to me?

After my graduation, I had plans to go to the London School of Economics, but because of visa hassles, I could not make it. My other option to complete my masters was JNU and I landed in the campus feeling disgruntled and disoriented. The next two years turned out to be the best years of my life! Walking into the JNU campus gives you a sense of overwhelming freedom! Be it freedom of speech, expression, dress code. In short it gives you wings to fly.

JNU is all about diversity and instilled with a sense of democracy and equality. You are free to discuss politics over a cup of tea, take late night walks, go to the library at any odd hour to complete your dissertation, befriend people irrespective of any caste, class or nationality. The professors are cool. They let you call them by their first name and take open book tests. Even attendance was not compulsory, yet the classes were full of enthusiastic students! You can have tea or smoke with them and discuss politics or what you want to do in your career. They are always there and ready to help. It’s been some years since I passed out of JNU yet I share an excellent camaderie with many of my professors. 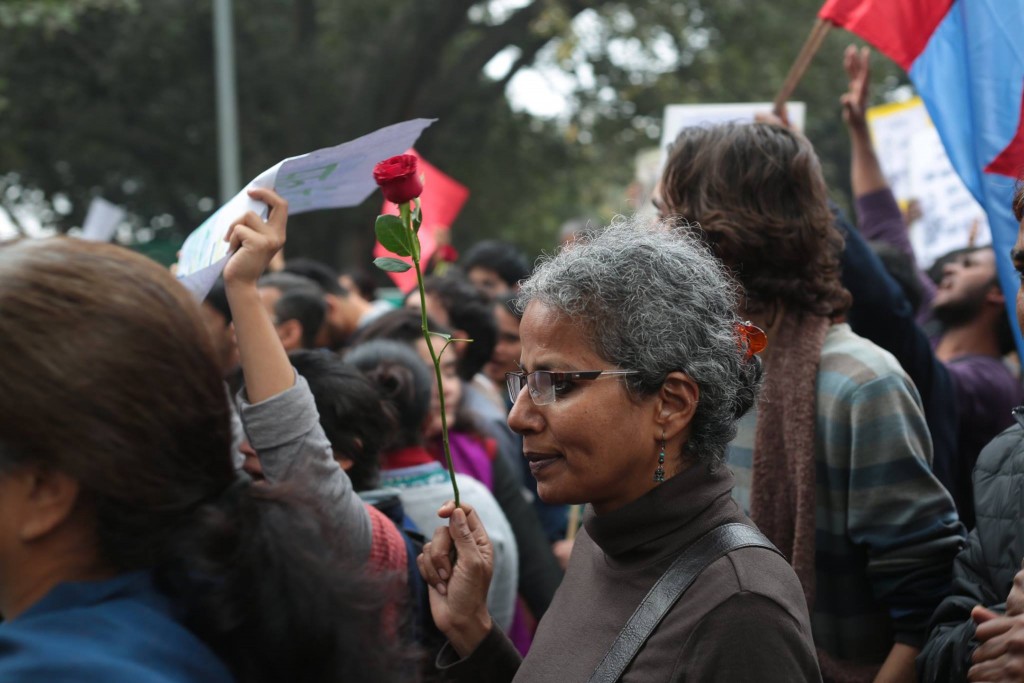 Given what JNU is being portrayed by the media made me realize that somewhere down the line the complexities between academics and politics has become open to each other’s criticism and questioning. We have to understand they are very different though deeply connected. You can’t tell a student not to raise a voice or debate but just be worried about scoring marks in the exam. This view itself is patriarchal in nature. ‘Political Brahmacharya’ is what is being asked of the students!  Thankfully JNU is a place that helps you come out of your shell and see the transformation that ‘nuanced freedom’ can bring in you. So why be a celibate, political and otherwise?

As much as it pains me to see the present circumstances, I am hopeful that justice will be dealt to Kanhaiya, JNU and the students. In the end it is about following the right path. As the Bible says, ‘And you will know the truth, and that truth will set you free’. 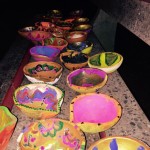