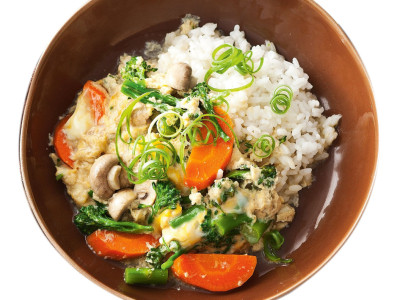 Donburi is a bowl full of cooked rice with beef, fish, chicken, vegetables or pork on top of it.

For all those whose idea of Japanese food never went beyond Sushi and Sashimi, Radisson Blu, MBD Hotel, Noida has decoded Japanese food. It is currently hosting Donburi Festival, a quick to eat Japanese meal. The festival is on till May 29, 2017.

Don literally means a bowl and Donburi is a bowl full of cooked rice with cooked food i.e. made of beef, fish, chicken, vegetables or pork on top of it. So it is served as a total meal, Japanese answer to fast food. It is also an ideal choice for the health conscious and is very popular in Japan because of its taste and its affordable price.

Typically, the dish has a savoury sauce in it, which varies from region to region and may also vary according to the season. Donburi can also be made of leftovers at home.

In the menu at Radisson Blu is Tori Don, which is delicately seasoned chicken fried in Japanese bread crumbs, with a delicious egg broth. Then there is Pork Katsu Don, which is breaded deep-fried pork cutlets (tonkatsu) and simmered onion. The binding is done by a beaten egg. Fish lovers can try Kakiage Don, which is Tempura fish with onion, carrots, green beans and sweet potato. Those who relish prawns can try Ten Don, which is crisp tempura prawns laid over freshly steamed rice and topped with a delicious light soy dressing.

There is something for vegetarians too. Vegetable Ten Don is crisp tempura vegetables laid over freshly steamed rice and topped with a light soy dressing. There is also Kakiage Don i.e. tempura vegetable with onion, carrots, green beans and sweet potato, Nera Don, stir fried chives and vegetables, Yuku Tofu Don, which is Miso tofu with mushroom and spring onion served on hot steaming rice. All these dishes are accompanied with Miso soup. 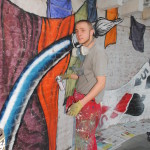 Writing on the Wall: Dilli Haat’s brush with Street Art