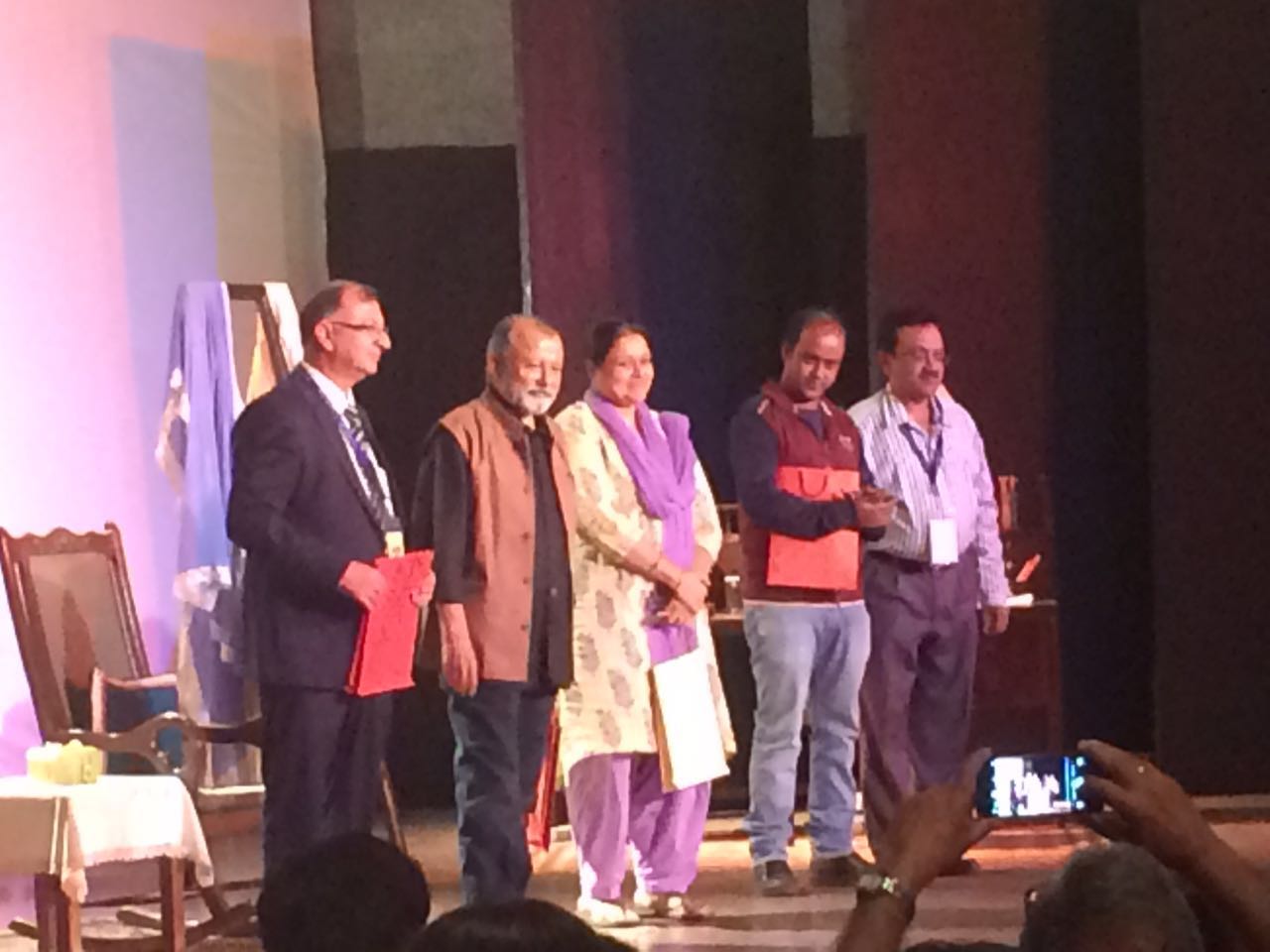 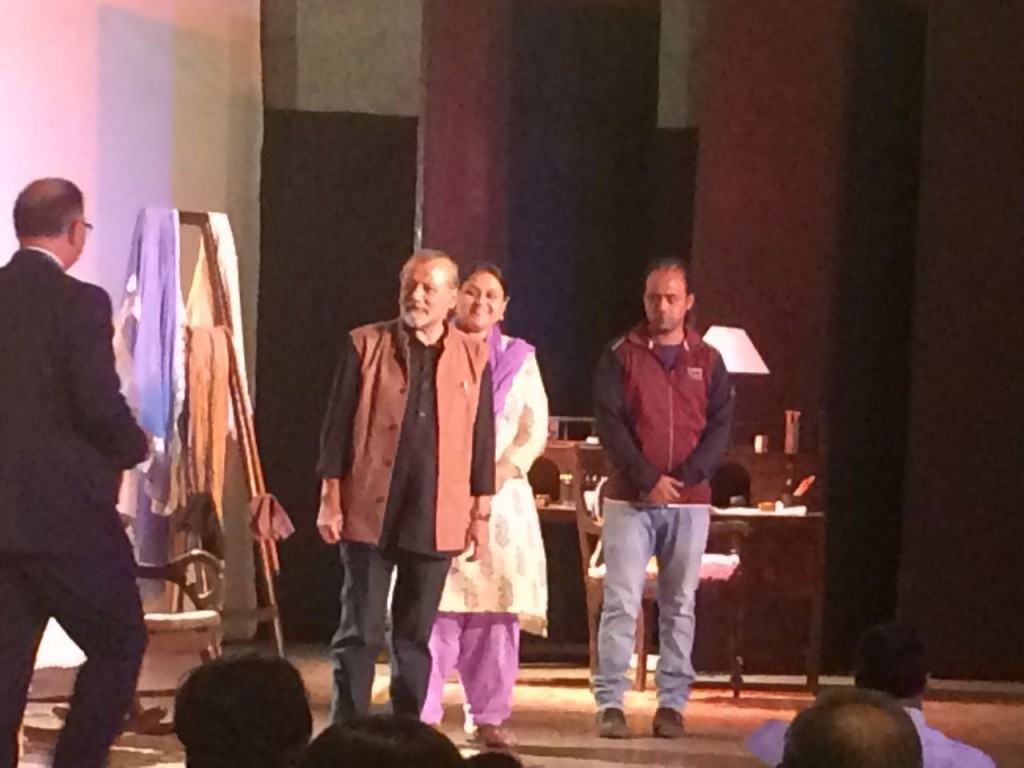 The last scene of Dopehri, in which Pankaj Kapur looks up at the moon and says, “Mera naam Mumtaz Siddiqui hai”and flaunting a cheque says “Keh dena unko yeh mera apna kamaya hua hai” will forever remain etched in my memory. For those who don’t know, Dopehri is a novella written by the veteran actor 20 years back. He staged a one-act play based on it earlier in the year during the Bharat Rang Mahotsav and very recently at the IIT alumni meet, where one had the good fortune of watching it. The play is the first of the production company Theatron, started by him and his talented wife, Supriya Pathak.

One was not prepared to see Pankaj Kapur reading out a script and was waiting for the final act. But as Kapur begins to tell us the poignant tale of Amma Bi living forlorn in a haveli in Lucknow with only a
dim-witted servant, Jumman for company and an infrequent visitor, her late husband’s friend, Saksena Sahab, one gets transported to Amma Bi’s ‘laal haveli’. It is amazing how Kapur makes one identify with each character through his very authentic Lucknawi accent, the sheer modulation in his voice and by the mere gesture of his hands.

Needless to say, Kapur held me captive even before he came on the stage. My friend and I were fortunate to have got seats in the first few rows in the packed Dogra auditorium of IIT. Even before the man whom I had come to watch made an appearance I adjusted the angle from which I would be able to see him clearly (I had to, since a Sikh gentleman was sitting in front of my seat). Not wanting to miss even a second, I fixed my eyes on the stage. I have nothing against children but that evening I wanted to muffle each child in the auditorium and silence the parents. My friend and I did chide a few sitting in the back row (anything for Pankaj Kapur!). Completely awestruck, both of us sat transfixed on our seats till the play got over. As for me, I had blinkers on because from the moment he came on stage, I was blind to everything else. 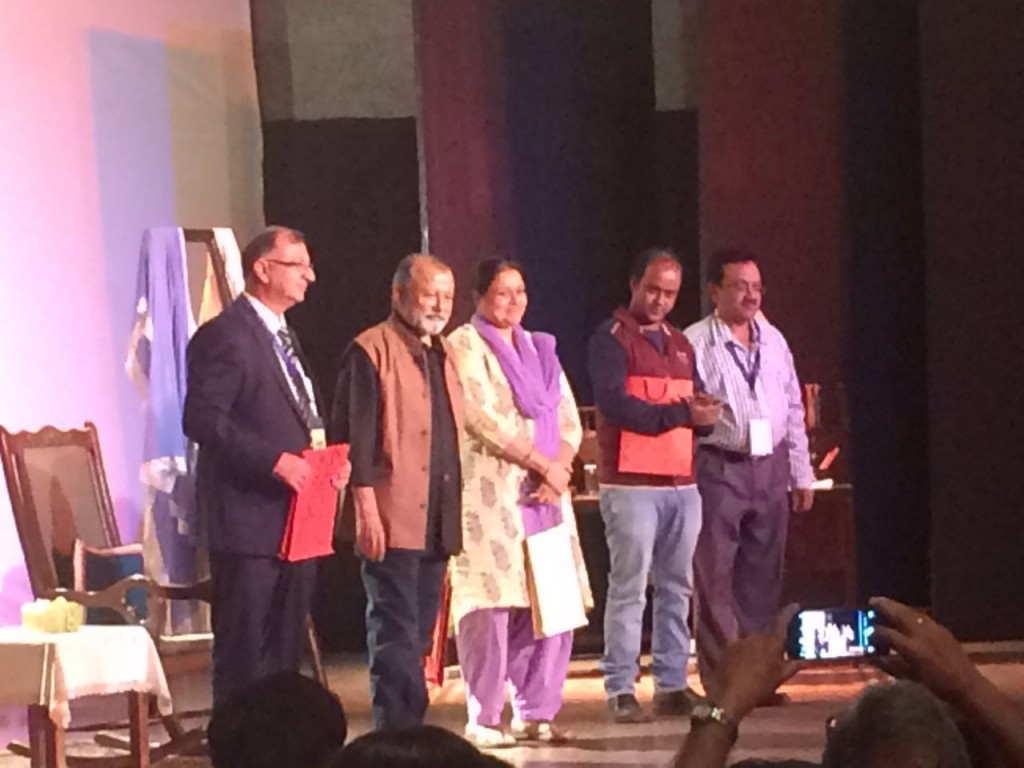 The play is the first of the production company Theatron, started by Pankaj Kapur and his wife, Supriya Pathak.
Photo credit: Navraj Bhatia

Dopehri is the story of 60-something Amma Bi who lives alone in the haveli. Her husband is no more and her only son Javed has migrated to the US with his wife. The story begins with Amma Bi recalling how she came to ‘laal haveli’ as a young bride in the Austin that is now gathering dust in the courtyard and how over the years her only identity is the haveli. No one even knows her name. She scoffs at Saksena’s suggestion of giving a room on rent to get over her loneliness and fear (she hears strange sounds in the house at a certain hour every evening), saying it is below her dignity, mulls moving into an old age home but finally gives into Saksena’s suggestion.

The leafless tree on the stage with a torn kite is symbolic of Amma Bi’s loneliness. One side of the stage has a lamp and a vintage table, representative of her past. Kapur switches it on and off at intervals, symbolizing the various shades in her life. And then there is a balcony from where the moon can be seen. The subtle play of light and sound leaves an indelible impact. One can actually visualize Bi on a tonga when one hears the sound of horse feet juxtaposed with gentle bells…

Amma Bi’s journey of self-discovery begins when her tenant, the young Sabeha moves in. In her, she finds the daughter she never had. What is more, Sabeha belongs to Bi’s maternal city of Jaunpur. Amma Bi suddenly finds a purpose in life as she goes about helping Sabeha in making stuffed toys. Strangely, she no longer hears the mysterious sounds anymore. And then one day, Sabeha asks her a question, which no one has asked her in years, “Aapka naam kya hai?”

Amma Bi had lost her own identity in the vortex of so many happenings in life. “Mumtaz Siddiqui”, she says with a hint of pride and hesitation. Sabeha actually wants to give her a cheque for helping her in clearing a major order of stuffed toys.